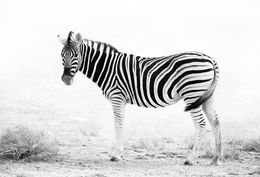 Namibia is astonishing and overwhelmingly beautiful.

Namibia is astonishing.
Where ever you put your finger on the map of Africa today, you see countries and regions with bloodshed, war, corruption, exploitation, discrimination, hate and environmental destruction. Not so in Namibia. Since independence in 1990 - and after decades of a fierce and bloody fight against apartheid, inhumanity and colonialism - this country enjoys a stable democracy and has 16 different ethnic groups living in peace.

Past colonialization and wars still cast their shadows on society and economy, but step by step the people of Namibia are building their free society, a growing economy and an educational and healthcare system which is a role model for the rest of Africa.

Namibia is overwhelmingly beautiful.
In the West, Namibia´s coast is stretching along the South Atlantic with the cold Antarctic Benguella current bringing temperate air and precipitation in the form of afternoon fogs being blown toward the inland. Parallel to the coast the Namib Desert with its up to 300 meter high dunes is forming a 80 kilometer wide barrier towards the inland plateau which rises up to 1.700 meters.

Further to the East the plateau declines into the Kalahari Basin, which forms a gigantic depression in central southern Africa. The Namibian landscapes are very diverse, ranging from arid deserts, semi-arid savannas, tree-less mountain ranges with peaks reaching 2.000 meters height to tropical forests and swamps stretching along the Okavango River in the North-East.

Populated by only 2 million inhabitants, the Namibian nature puts the individual human being into perspective. Surrounded by abundant and diverse wildlife, breathtaking endless landscapes and quite often also by dangerous animal species, the individual human being immediately and intensively understands the necessity to adapt to the environment and to become part of (what we call today) the ecosystem.

Today there are only few places left on planet Earth where you can get this archaic experience of being part of nature.

Standing just a few meters away and sensing the slow gracefulness and strong confidence of an elephant bull, the shyness and tiredness of a hyena returning from the night-hunt, the nervous power of a rhino or the careful elegance of a giraffe family you get an intense understanding of the meaning of diversity of life.

Hiking across the soft-shaped dunes and the endless ocean of sand of the Namib desert glowing in the late afternoon sunlight or climbing between rocks and boulders covered with more than 5.000 years old rock carvings from the first inhabitants of this region you learn and understand what has been long forgotten by people from industrialized and crowded countries: how unbelievably beautiful this planet is.

Strong efforts and high investments by the Namibian government over the past decades have already been successful in preserving and protecting Namibia´s most valuable ressources: the environment, its unique landscapes and the diversity of plant and animal species.

I hope these photographies will contribute to the understanding of the need to protect Namibia´s nature and to support the necessary efforts for preserving these natural treasures for future generations.